I am the least sportive person on the planet. I spent my secondary schooldays working out creative excuses for getting out of physed (the teacher did notice if you "had your period" every two weeks) and I managed to completely avoid all non-compulsory team sports (though I did have to take part in the traditional lower sixth team marching display). Why go rushing around a muddy field when you could be reading instead?
I can at least speak cricket - I find that saying "I see the middle order's collapsed again" is almost always relevant for the NZ team - but not rugby. When Harvey was watching, I used to wander in and ask which teams were playing and what the score was, but as he started talking about loose forwards or getting offside, I would say "you're losing me" and wander off again. (He played as a child, but broke his collarbone, twice, and got told he was a wuss for going off the field. "How old were you?" I asked. "Six.")
I know exercise is good for you, especially as you get older, and when we lived in Northland and Harvey was well, we used to go for pretty regular walks. At the age I am now, he had a very demanding full-time job, but in fine weather he usually walked down to work on the Terrace as well. Of course he gardened, and when he retired he went to his club's gym, and liked it.
I have never set foot in a gym. For several years, in both Northland and Karori, I went to a nice local exercise class for over-50s, but as Harvey became more frail his morning routine made getting there on time more difficult, and it was all too easy for me to give up. I know I'm not fit, I thought, but I'm actually really healthy, so too bad.
But then I heard Kim Hill interviewing Barbara Strauch about her book, Secrets of the Grown-up Brain, and Strauch came up with the first compelling reason I've come across for making myself get more exercise. She said you need it to keep your brain working well, because the brain needs oxygen. Obvious, really, but I just hadn't heard it put so clearly before.
So now what do I do? Unless I'm on holiday with the strong inducement of seeing new things, I seem to have been born without whatever gene it is that drives people to Get Moving, or whatever the latest health-promoting slogan is. Walking on my own, unless there's a point, like having a coffee or visiting a friend, feels boring and futile. I have the Strong Women Stay Young book, and the basic equipment, but every attempt to stick to the undemanding 30-minutes-twice-a-week routine has failed. Friends have offered to take me to Scottish Country Dancing, and it's true that dancing is the only kind of exercise I've ever liked, but my inherited funny feet have now introduced me to the wonderful world of orthotics and the clumpy shoes that go with them, so I don't think that will be a goer.
If you're like me and have found something that works for you, please let me know. Meanwhile it's a lovely day, so later I'm going to park far enough away from my afternoon appointment to get in at least a short walk, with the inducement of tea and cake to come.
Posted by AnneE at 1:49 PM 7 comments: 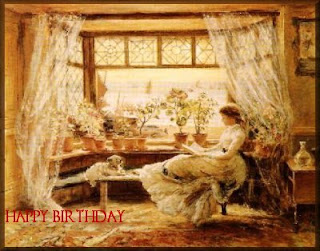 Yesterday was my birthday. I had been apprehensive about it, but it turned out fine, in every sense. I had at one stage thought of having a party, but realised I just wasn't quite up to that. So instead I made sure I would have plenty of people to talk to and things to do.

I started with having my French friend to dinner on Wednesday night (tomorrow, see Something Else to Eat - too late to get that post up tonight). Thursday was glorious, sunny, warm and calm. It took me all of a leisurely morning to open my mail (including a large parcel full of goodies from my sister), answer the emails and phone calls, eat a giant lemon danish with my coffee, and get ready to go out to lunch at a harbourside restaurant with my dear friend Lesley (we have a nice custom of shouting each other posh lunches for our birthdays).  I didn't get home till after 4 - and then I found a penguin card and a tussie-mussie from my neighbour on my doorstep.

As it happened, of course, it was also Budget day, and that created its own momentum. Every year the Public Health Association holds a Wellington Post-Budget Breakfast, and for a few years now I've been one of the speakers, on behalf of Child Poverty Action. This year CPAG and the PHA were the joint co-hosts, and the speakers were economist Bill Rosenberg, economist and director of policy at the council of trade unions; Alan Johnson, social policy analyst with the Salvation Army and co-convenor of CPAG; and me.

What's this got to do with my birthday? Well, it meant that in the evening I knew I'd be flat out putting my talk together, once I'd seen the Budget and commentary and input from Susan St John and others at CPAG. And so it proved - I finished at midnight and set the alarm for 6 am. Along the way I had a great exchange of emails with my son in China. I was supposed to phone him at 8.30 our time (it's much easier and cheaper for me to call him), but I got so caught up in writing that I forgot, so he sent anxious enquiries, and I did finally manage to talk to him about 11 pm. Here's what he sent me earlier, all in fancy type - no wonder I went off to sleep smiling:

HAPPY HAPPY BIRTHDAY TO A TRULY BRAVE AND COURAGEOUS MOTHER!

The breakfast was packed (four MPs and the mayor came) and it all went very well. Radio NZ quoted me at midday and Alan at 1pm (you can read it all soon, plus Susan St John, on http://www.cpag.org.nz/). Then I went to lunch with another friend at the new Roxy cinema in Mramar (they have carpet! you can hear each other!) and was treated to a magnifique French dinner by my delightful neighbour Frances, and more to come in the weekend. So I couldn't possibly have been better looked after.
Posted by AnneE at 9:53 PM 3 comments: 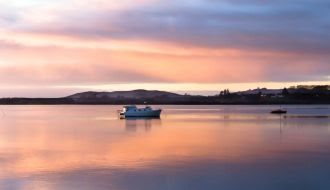 Doing as you would be done by

Thanks for all the understanding comments and suggestions about my tv dilemma - I'm certainly not out on my own about this. Ah well. I've joined Film Society at a friend's urging, which means that on Mondays at least, I always have the option of a 6.15 movie followed by a later dinner, either at home or cheap and cheerful ethnic (this week it was delicious Vietnamese, $12).
Tonight was good too. A longstanding friend rang today and suggested she come round for dinner. I do like it so much when people call me to suggest doing things. I can't help but worry that I'm being a nuisance when it's always me calling them.
One of the things I've come to realise, though, is that most people tend not to alter their usual behaviour. If you have friends whom you value, but have almost always had to call because they hardly ever call you, that will tend to stay the same no matter what happens - even major events like your partner becoming an invalid, and then dying. They probably won't call to see if you need support, because they're just not in the habit of doing so.
This isn't meant to be a complaint or whine. I'm extremely lucky because I do have enough beloved friends who reach out to me, often with what seems like instinctively good timing, to offer me exactly what I need, when I need it. And I, in turn, feel comfortable contacting them, because I'm confident they won't think I'm a burden.
Then there are the ones who, faced with a major change in your life, do step right up and make a commitment to provide ongoing support. Even if they were not a regular part of our home life before, they quickly became so. Harvey had some splendid male friends who did this for him, and we loved them for it.
But with others I'm finding that I have to recognise they're not going to change, despite the huge change in my circumstances. So I either accept the relationship as it is, without harbouring resentment about it, or decide that I don't want to continue with it. Which isn't difficult - all I need to do is stop calling them.
Posted by AnneE at 10:55 PM 1 comment: