Thanks to the indefatigable Beattie's Book Blog, we have been alerted to this year's Bad Sex Award, which celebrates "crude or outlandish sexual passages in modern literature".

The winner is Irish author Rowan Somerville, for his second novel, The Shape of Her. The judges said they were particularly taken with Somerville’s sentence: “Like a lepidopterist mounting a tough-skinned insect with a too blunt pin he screwed himself into her.”

Somerville narrowly beat Alistair Campbell, Tony Blair's former spin doctor. The judges said Campbell drew their attention with this remarkable passage from his second novel, in which a character imagines that "the walls were going to fall down as we stroked and screamed our way through hours of pleasure to the union for which my whole life had been a preparation".
Posted by AnneE at 11:17 PM 1 comment:

We all understand the tragedy of others through our own experience. For me, the ones I thought about most at Pike River were Joseph Dunbar and his mother, Pip Timms.
Joseph had turned seventeen the day before and Friday the 19th was his first day in the job. He was meant to start on the following Monday, but his mother said he was so excited after an on-site tour that his boss let him start on Friday. He began planning to work at the mine since they’d moved to the nearby Greymouth area from Christchurch.
“He wanted to do this for a very long time...He set himself a goal, and achieving that goal meant everything to him. It meant he was going to travel with the company, take him different places. He was absolutely stoked. He was excited, he was ecstatic.”
Dear Pip, I know what it's like and I am so very sorry, for you and for all the other mothers and fathers, brothers and sisters, partners and children.
Posted by AnneE at 1:11 PM No comments:

Mangled English of the week

This week's Mangled English award goes to an unlikely candidate - Scoop. Usually the online news site sets a very good example of how not to mangle the English language, but this week it slipped up not once, but several times, in a single intro sentence:

"In an event whose anachronistic styling were suggestive of a possible Back To The Futre IV, the new Milky Bar Kid, Hinetaapora Short, met the media on Friday in front to the Wellington waterfront's shiny blobs."
Posted by AnneE at 11:01 PM 2 comments:

A garden is a lovesome thing

I've just had a brilliantly restorative break in Tauranga, seeing my birth mother and going to the garden festival with my friend Julie, who organised everything and drove me and some of her other friends around all weekend. She did the whole four days, I just did two and a half, but it was glorious. I'm only a very spasmodic and inept gardener - unlike Harvey and Julie, I don't have the true gardening gene. I'm one of those people Kipling was being scornful about when he wrote, in The Glory of the Garden:


Our England is a garden, and such gardens are not made
By singing:--"Oh, how beautiful!" and sitting in the shade.
But I am certainly very good at appreciating other people's efforts, and the Bay of Plenty gardens are as beautiful as they come. Here are a few photos. 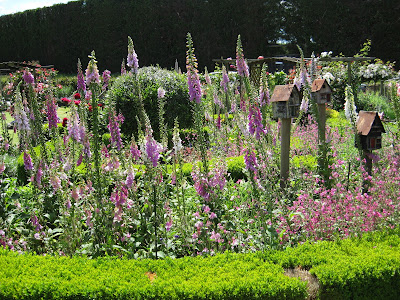 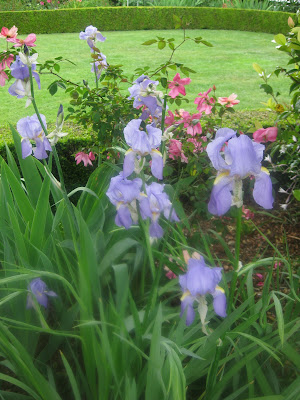 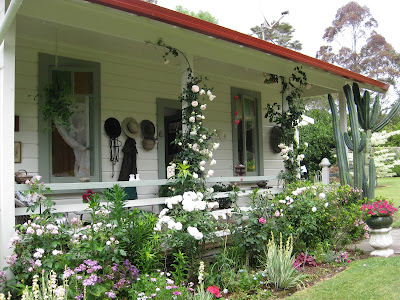 And another thank you...

This time to Emma Woods, the mother of Nayan Woods (see "Thank you", 27 October, which was about Nayan's father). She took Michael Laws to task for his vengeful (even-more-stupid-than-usual) comments about the young driver who killed Nayan not getting a jail sentence - and gently but firmly pointed out that earlier media reports, too, were far too glib and inaccurate.
And she did it at some length, in one of the most gracious, thoughtful, temperate, considered pieces of writing ever to appear in the Sunday Star-Times ("Family's amazing grace honours son's memory"). It made me cry, but it also gave me great hope for this country's future, because it has people like Emma Woods and her husband not only in it, but speaking out in public, despite their own immense grief and pain, to state what they believe in and stand up for it. There could be no more fitting way to honour their son.
Posted by AnneE at 9:16 PM No comments:

Mangled English of the week

U.S novelist Toni Morrison smiles after being awarded of the Legion of Honor by French Culture Minister Frederic Mitterrand. (ABC News, courtesy of Beattie's Book Blog)
Posted by AnneE at 10:14 PM No comments:

So the last episode of Outrageous Fortune is screening on Tuesday. I'll have to watch - though I must admit, after being glued to the first two seasons (brilliant writing and acting) I sort of lost interest after that - it all got a bit same-old - and have only watched the odd episode. It all just got a bit too depressing. And of course once Cheryl was locked away it definitely suffered.
Seeing the photo line-up of all the characters in today's Dom-Post, I couldn't help thinking that they all looked ridiculously good considering what the plot has put them through. Even Grandpa. He never really  had dementia, he can still plan a heist and get his rocks off and just plain get around like he always did. Ageing gives you wrinkles but not much else.
In a real life line-up, those pretty or at the very least intact faces and bodies would be exceedingly rare. The ravages of alcohol, drugs, trauma and violence would be all too clear, with a fair proportion of permanent injuries and disabilities, brain damage, scars of various kinds... depression, anxiety, and aggression might not be so easy to spot at a glance but they'd be there all the same. Not nearly so nice to look at.
Yes, yes, I know it's just a TV programme, and it's meant to be entertaining, and I'm not channelling George W. Bush or Patricia Bartlett or the very unfortunately named and thankfully defunct Committee On Moral Education. I enjoyed it too - especially Loretta. And Antony Starr's double Van/Jethro act was brilliant.
But I think it's been a good home-grown example - and all the more effective for that - of something  we could usefully think about, all the same. And that's the pervasive message, very powerfully countering the mayhem we see in the news every day, that you can do what you like when you like to and with whomever you like and you will still stay young, fit and gorgeous. Or at least unimpaired in any obvious way. Sure, Aurora died and Cheryl is in prison, but generally speaking there will be No Lasting Consequences. Especially to your looks and your sex-life.
Posted by AnneE at 5:34 PM No comments: