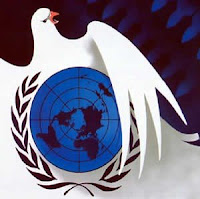 Friday 10 December was International Human Rights Day. The Human Rights Commission chose it to launch their new report on how New Zealand is doing on human rights.  But so far the media have paid it scant attention - the Dom-Post had a small report on page 13 this morning. Which was odd, because at least half of the other items in the paper were related in some way to human rights issues.
The summary report highlights thirty priority areas (from over a hundred identified by the research and public consultation process) where "further action is essential over the next five years to strengthen human rights protections and better ensure the dignity, equality and security of everyone in New Zealand".
Three of these priorities are particularly relevant - and poignant - at this time of year: increasing the supply and diversity of social housing, reducing child poverty through a coordinated and integrated approach, and reviewing and addressing the adequacy of core benefit rates.
The Welfare Working Group is right about one thing - life on a benefit is pretty grim. But that's mainly because benefit rates are so low. It's a neatly circular argument - drive benefits down to less than adequate leevls for even the most basic living costs, then stand back, point to the resulting misery, and say "See? Being on a benefit is bad for you."
Until the Human Rights Commission's report is heeded, Christmas will bring nothing but heartache for beneficiary parents and children, as well as a growing number of employed parents. Foodbanks all over the country are reporting a big surge in requests for help.
In Whangarei the Salvation Army gave out 3746 parcels in 2009. But by the end October 2010, 5961 parcels had been given out - and that doesn't cover the Christmas increase. The Auckland City Mission usually gives out 350 food parcels a month, but over the Christmas holidays it goes up to 2000. "It’s always busier at Christmas," says City Missioner Diane Robertson. "There’s no access to school food programmes and parents have to juggle work commitments with caring for children at home for the holidays. The pressure on families is enormous."
To donate food in Auckland, phone (09) 303 9200 or go to http://www.aucklandcitymission.org.nz/   In Wellington you can help through the Downtown Community Ministry, Compassion House, Lukes Lane, phone (04) 384 7699, or email office@dcm.org.nz  Many supermarkets collect food too.
And read the Commission's report - then ask the government what they're going to do about it.
Posted by AnneE at 11:07 PM