Next week it's Harvey's birthday. He would have been 77. He never thought he'd make 70, even, because none of the three most important men in his life - his father, grandfather, stepfather - had got that far.
Over his last couple of years, the special days - birthdays, wedding anniversaries, Christmas and Easter - were always bittersweet for me. Somehow they seemed to bring forcibly home to me how much had changed in our lives because of his illness, and I found it hard to muster up the energy to celebrate them properly. This year I don't know how I'll feel, but I've made sure I've got plenty to do, and people to mark his birthday week with me. We have two very longstanding friends with birthdays close to Harvey's, so we always used to get together around this time, and we're doing it again on Sunday.
This week, too, I received a kind of gift I've been waiting for: the DVD of his public memorial service, made by the National Library for its archives. I haven't watched it yet, I want to wait until I've got people who were there around me. I wish I had a DVD of him when he was alive.
At least I've got photos. Strange how once upon a time, no one even had those, and only the well-to-do left any kind of image behind them; it must have made loss even harder to bear. I've just finished reading the excellent  Claire Tomalin biography of Jane Austen. There's only one image of her, a sketch by her sister, which is known not to be a good likeness. Jane was the only member of her family to have no portrait done, not even a silhouette, and of course she's the one we most want to see.
Harvey, like me, loved her books - Emma was his favourite, whereas mine is Persuasion, partly because the heroine is called Anne (and has a late happy marriage). He would have enjoyed this account of her life too. The story it tells drives home the iron facts of middle-class women's lives then: absolute dependence on their male relatives for every penny, with only a tiny handful of acceptable ways to earn any money of their own: governessing, running a school - and writing. She was only 41 when she died, but if she had married and been subject to the same almost constant child-bearing as her sisters-in-law, she could well have died sooner, as several of them did. And she might not have written at all.
Another woman died this year at the age of 41. She was Melissa Neale of Christchurch, and she died in the earthquake on 22 February. Melissa's family chose to honour her memory by asking for donations to the Christchurch Women's Refuge, which has named one of the bedrooms in their safe house in her honour.
Traditionally the rooms have been named after women who have championed women's rights, including Christchurch's Ettie Rout and suffrage campaigner Kate Sheppard. This month, on 19 September, it will be the 118th anniversary of New Zealand women winning the vote. You might like to mark the day, and think of Jane Austen, Melissa Neale and Harvey McQueen, another Cantabrian, as you do so, by making a donation to the Christchurch Women's Refuge here. It's the kind of birthday present he would have liked. 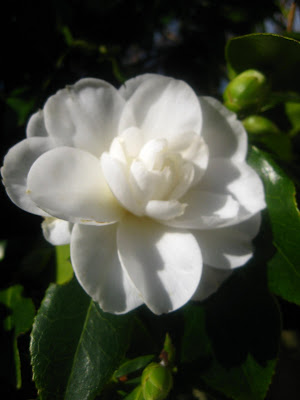