When Harvey died, I asked people to make donations in his name to Zealandia. Those in charge talked to me and we decided to use the money for weta hotels. Harvey much preferred birds to wetas, but I wanted something relatively permanent that could have his name on it. For various reasons I didn't get to see the finished hotels until today, and they're terrific. There are two of them, standing beside a path through the bush - they're always set up in pairs, close to tree trunks, and there are only six pairs of hotels in the sanctuary. They're made from macrocarpa logs, neatly split and hinged down the middle, so you can open them to see the oblong "rooms" inside, neatly covered with plastic windows. (But please close them again quickly - wetas don't like light.) The wetas get in through holes bored through from the outside, and there were two large ones and a little junior one in residence. (The warmer it gets, the more wetas seem to arrive.) One hotel has a plaque about Harvey, while the other has a very appropriate quote from one of his late poems. Today's brilliant sunshine made taking photos a bit tricky, but we did our best. 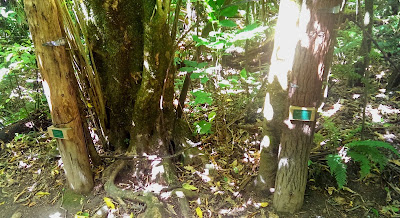 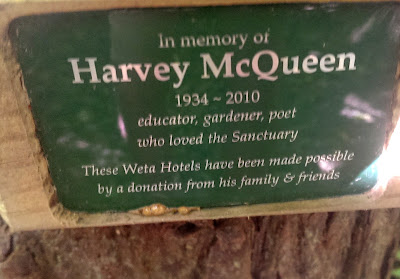 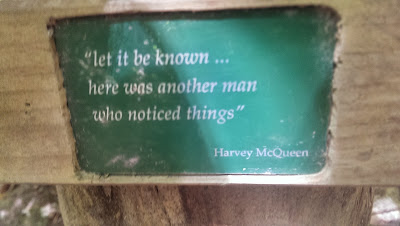 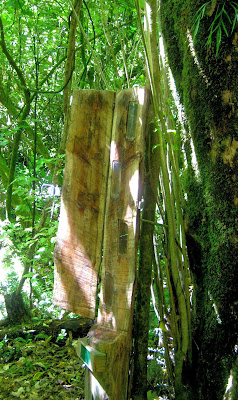 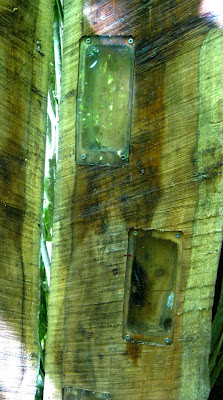 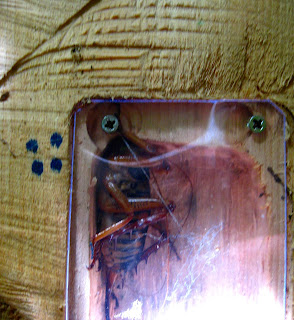 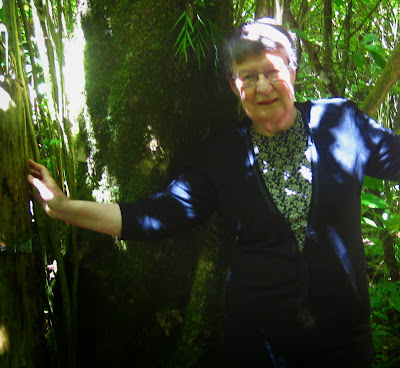 And here's the whole poem that quote comes from. It was the last one we read at his public memorial service.

I notice how finches bend delicate
dandelion stalks to get at the seeds.

I notice how the cat sniffs the air
before she ventures outside.

I notice the sun
rises later each morning

I know that soon the sun will reverse track.
I know that one day I will not be here to see that
happen.

But let it be known
here was another man who noticed things.