I'd looked forward to a lovely week, with my friend Rosemary coming down for Wellington on a Plate (foodies go here). We were lucky - she was on a reasonably early plane, so she just caught the fine clear patch before our second lot of snow arrived, settling on top of the first lot. I know I'm turning into a snowbore, but it was all so astonishing I had to take more photos. 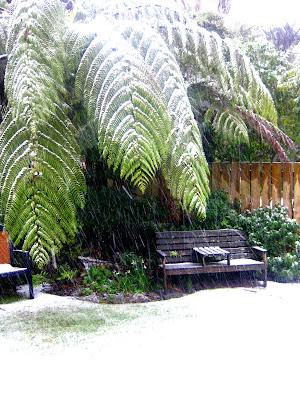 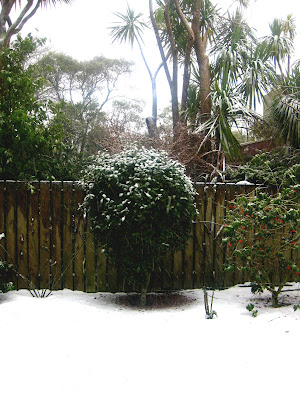 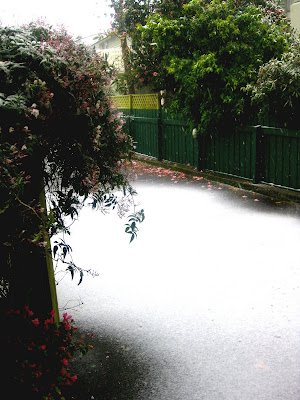 On Monday night the power nearly went off - the one remaining transformer (out of four) was hit by lightning.
By then even the drive was covered in snow.
On Tuesday night it was white again, so we caught a taxi to friends for dinner - only a ten-minute drive, but it was up a reasonably steep hill and I was too chicken to take the car out. They had a big snowman across the road, but it was too dark to take his photo.

It was great having Rosemary here - I wouldn't have fared nearly as well without her, especially when the snow gave way to freezing wind and rain. Despite being an Aucklander, she was completely unfazed by Wellington's worst weather for decades. The faithful heat pump kept us warm, helped by three layers of underwear and two of merino, and her company thoroughly cheered me up.