It's Sunday evening. Julio is talking to his wife on Skype, and I'm very weepy because I can't talk to my husband and I've just watched Tangiwai: A Love Story. Harvey would have absolutely loved it, it had everything - romance, cricket, tragedy, and a superb portrayal of a slice of New Zealand history he would have remembered so clearly - including the divide that used to exist between Catholics and Protestants. So I'm crying partly because he couldn't be here to share it with me, and partly because those poor people died, as he did, at Christmas, and the grief of those who loved them was so movingly conveyed.
And the other reason I'm feeling his loss so keenly tonight is that this afternoon, astonishingly, it snowed in Karori, and not just on the hills but in my own backyard. It wasn't a few flakes melting when they hit the ground, as happened twice in the twenty-seven years we lived in Northland - it was real snow, falling for long enough to cover the grass and trees in white. And he wasn't here to see that either. 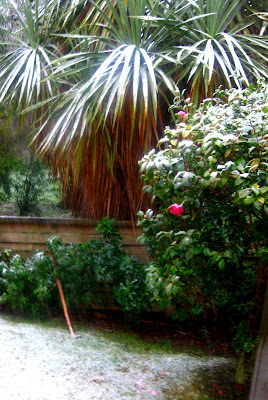 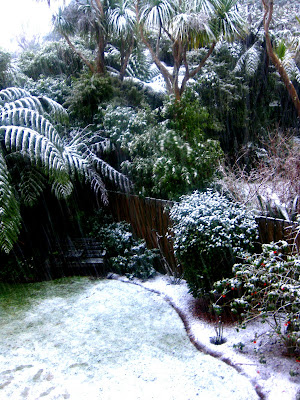 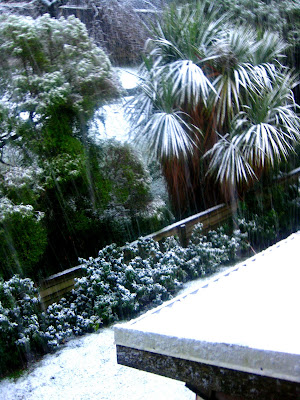