The day after the night before

I won't get started on what was depressing about last night, quite apart from the fact that Harvey, who was a total political junkie, wasn't there to sit through it with me - I did have two good friends to keep me company. One small mercy is that Don Brash didn't get in on John Banks' coat-tails, and looks likely to at last stop trying. One larger mercy is that MMP will stay. Just as well, because the results proved yet again that without it, women fare badly - they now hold only 18 of the 70 electorate seats.
Today, with my friends from last night plus Ali, I took refuge in a glorious Karori garden tour. One of the houses we went to was originally the farm cottage for the 150 acre dairy farm which existed in Parkvale Road until 1904. Katherine Mansfield wrote about visiting it as a child, and I found it oddly comforting to think she had been there. I'm so sorry Harvey couldn't have seen it - but of course I think that about something at least once a week. 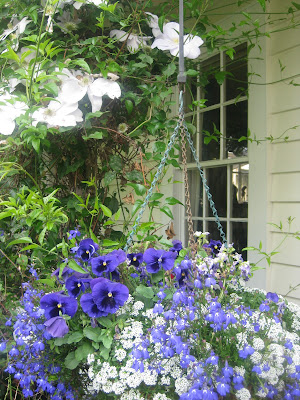 And here's a beautiful kiwi sculpture from another garden - somewhat subdued, but still standing.﻿..